April is just a few short months away and the Fastener Fair USA will be taking place in Cleveland.  That’s where I live so it is a no brainer for me.  Because it is the inaugural Fastener Fair USA I probably would have gone anyways just out of curiosity to see how it goes.  I have never attended Fastener Fair shows in Europe, Mexico or Asia so I am very curious to attend.  The list of exhibitors is on the web site so you can check out the companies who are exhibiting.  I know there are several companies who might not attend this year but want to walk to show to determine if they want to participate in it the next time it is held which I think will be in two years.  So, there will be exhibitors, prospective exhibitors and…who else?

I’d like to hear some feedback from distributors to gauge their interest in the show.  Many companies east of the Mississippi might hesitate to send their staff to Vegas because they have to purchase plane tickets and hotel rooms.  If you are within driving distance to Cleveland will companies be sending more of their staff that they might not ordinarily send to a National Show?  Then again, the Fastener Fair shows in other countries draw people from different countries, not just different states.  Maybe west coast companies will be traveling to beautiful Cleveland because is is being marketed as a national show.

End users, particularly engineers and people who specify fasteners, are encouraged to attend which gives this show a different twist.  Some distributors may see it as an opportunity to talk to these individuals while some might be turned off that their customer’s personnel might be walking the show.  It will be interesting to hear from distributors as well as individuals who have attended Fastener Fair shows in other countries.  Please share with the rest of us some of your experiences.

The North Coast Fastener Association has some events in the works for the day before the show so keep posted for that.  There will be a reception at the Rock and Roll Hall of Fame after the first day of Fastener Fair, and that is a cool thing.  So, hope to see you in Cleveland and please do share if your coming to town and also if you’ve been to other Fastener Fair events!

I was paging through the most recent copy of Fastener Technology International (December 2017/January 2018 edition) and made my way back to the Fastener Focus section.  I was surprised and pleased to see myself in a picture with a long time industry friend and someone who I consider one of my most valued industry mentors.  We worked together most closely sometime between 1986 and 2000.  Somewhere in that general period.  I was in my mid 20’s to mid 30’s.  I feel lucky that I have continued to see this gentleman regularly over the years at trade shows and I have shared with him the deep influence he had on my fastener career.  Some people don’t get the opportunity to thank their mentors but I do it just about every time I see him.  The funny thing is, I’m not sure how he became such a valued “mentor”.  He was a National Sales Manager and I reported to him, though certainly not on a daily basis or anything.  There were people at his company that I worked with on a daily basis, but he was not one of them.  We talked periodically, met up at sales meetings and trade shows, and still I know that I learned a lot from him.  One particular lesson he stressed was that we needed to know our customer’s customer as well or better than they did!  At the time, his company sold exclusively through distributors and the distributors were not always anxious to share information about THEIR customers.  But we knew buying habits, and we could tell when certain parts were not moving at the same rate as they had in previous years.  So, while we did not always specifically KNOW their customers, we could point out “Hey we are sitting on a lot of M36 locknuts and you haven’t released any for a few months now.  Can you check with your salesman or the customer and see if things have slowed down?”  Oftentimes, our customer would thank us for pointing this out and they would check with their sales team to see what was up and to see if they were losing business.  Know your customer’s customer better than they do!  That was one of his lessons.

The NFDA and YFP have launched their own mentorship program.  The NFDA has recognized the importance of good mentors, or role models.  I’m not sure how the program works exactly but I believe mentors and mentees sign up and then are matched up to work together.  I would be interested to know how the program is working.  The NFDA also sponsored a Leadership Academy a few months ago.  I hope the program has the affect they hope for.  I suppose it cannot hurt.  But, I cannot say that my mentors have necessarily been the people that you might expect them to be.  I feel like I’ve picked up pieces and parts from a whole host of different people and each of those individual pieces and parts left an impression on me or taught me something.

The first time I met Ed Lecerra ( a dear friend who has left us, but has left a strong impression) was in a rep sales meeting.  Another rep was asking why he was not being credited with a sale in his area but rather the credit was going to Ed who lived several states away.  Slowly and strongly, Ed went through the entire sales process, from start to finish, and explained that it was he who had tracked down the business, made all the contacts and, in fact, had done all the work to secure that piece of business.  As Ed told the story his voice grew louder and stronger and, while he remained professional, in the end no one was confused about who had landed the business.  It was awesome.  Learned a few things.  Don’t mess with Ed, first and foremost.  Also, don’t bullshit.   Know your stuff before you open your mouth or someone like Ed will call you out.  Ed and I became friends after that meeting and a lot of folks from our industry who were close to Ed miss him dearly.  Was Ed a mentor to me?  I don’t know if I would have called him that but certainly I learned quite a few things from him so I guess he was.  Any rep who has met Bill Robb has got to feel similarly.  And, while Bill is a mentor, I’ve never worked with him a day in my life.

The mentorship program might work out really well.  I hope it does.  But, my personal belief is that getting your young people in front of as many people as possible might be a better method.  Send them to the shows, get them involved in the fastener associations, let them get in front of the people from the industry.  Have them visit customers.  You never know where your next fastener or life lesson will come from. 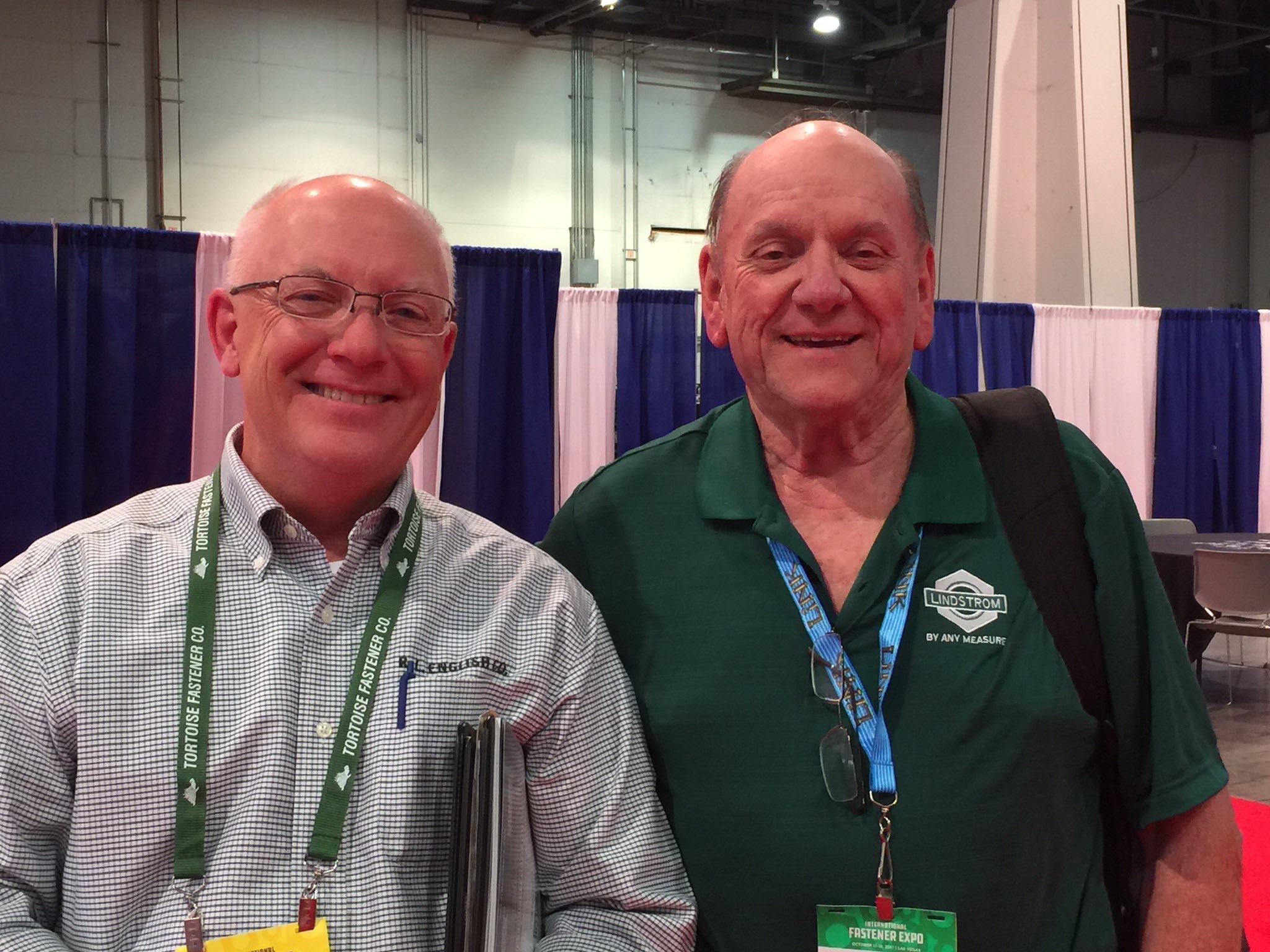