So, before I get into this, did you ever figure out where to find the picture of Atlas trying to roll the stone uphill??  Check out the Fully Threaded Radio site: http://fullythreaded.com/fch/fullythreaded.nsf/Fastener Scroll down to the bottom and you will find him.  And, if you listen to Fully Threaded Radio, you would also know they are offering a scholarship.  Actually, Fasteners Clearing House is offering a scholarship for full tuition to the Fastener Training Institute’s “Fastener Training Week”.   Here is a little more info from their press release:

“The announcement was made during episode 83 of the online talk radio show, Fully Threaded Radio, known as  “voice of the FCH Sourcing Network”.  To qualify for selection, candidates must work within the fastener industry and must submit a brief essay, approximately 250 words in length. The essay should address the importance of training in the fastener industry, and the impact of training on the candidate’s career. Candidates can be nominated by owners or managers, who are welcome to submit an essay on behalf of a nominated candidate. There is a limit of one nominated candidate per company, however there is no limit to the number of individual candidates from any given company who submit an essay on their own behalf.  The deadline to submit scholarship candidate essays is October 15th, 2014, and the winner will be announced during the Las Vegas Fastener show after-event, known as the “Bourbon Room Bash”, October 23rd, 2014.  Scholarship essays become property of the Fastener Training Institute, and may be submitted to:   ftr@fullythreaded.com

So, even if you did not track down Atlas on the Fully Threaded site, you still have an opportunity to earn on through their generous contribution to our industry.

And, speaking of generous organizations, the group “Women in the Fastener Industry”, aka, WIFI just announced the winners of their  scholarships.  Per their release:

“The WIFI scholarship committee is happy to announce the 2014 recipients of the Ann Bisgyer Wolz Scholarship and the Edith Cameron Scholarship. Patricia Dyer of Stelfast, will attend classes at the Fastener Training Institute as the recipient of the Ann Bisgyer Wolz Scholarship.  Shelby Cunningham, the Interactive Media Coordinator at Hudson Fasteners, is the recipient of the Edith Cameron Scholarship and will attend the 2014 National Industrial Fastener & Mill Supply Expo in Las Vegas.” So, there are a few organizations committed to smartening up our industry.  And the Fastener Training Institute’s programs is certainly worth the time and effort.  Hats off to FTR and WIFI for investing in the people of our industry. 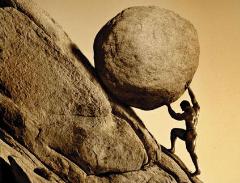 On what other fastener site can you find this photo?  Answering this could possibly lead you to a scholarship opportunity.  Details to follow.

The ladies from Hudson Fastener are at it again!  Hudson Fastener, arguably the most active fastener Twitter people in the industry, have launched a new blog, and it aims to bring you all the fastener news that is out there to one site – www.FastenerNewsDesk.com

According to their news release, they “will aggregate, support, and promote all news related to the fastener industry.”  They cover fasteners, aerospace, construction, additive manufacturing, advanced manufacturing, 3D printing, social media, technology, STEM, trade shows and everything in between.  In short, they are spending a lot of time consolidating information from multiple media outlets and delivering the information to their Fastener News Desk site where you, the fastener industry professional, can conveniently scroll though and see what information is pertinent or useful to you.

You may already subscribe to some of the industry publications that they feature but there is a lot more information than that and it is definitely worth checking out.  Additionally, the folks at Hudson Fasteners deserve some credit for trying to push the limits of how social media is being used in the fastener industry.  There are certainly a lot of slow adaptors in our industry but that is not stopping the Hudson group from forging ahead and trying to engage the individuals who do see value and opportunity though the social media tools.  Their Twitter feed, @FastenerNews recently reached over 2700 qualified followers and they have an additional 1300+ qualified members on LinkedIn.  Over 1300 people currently view their online newspaper.  Clearly, someone is out there on Twitter and LinkedIn and Hudson Fasteners is committed to networking with as many of them as possible.  Check out their new blog and see for yourself.

Over the last few weeks I have visited several customers who have had really strong sales this summer.  In fact, one day I had three different companies tell me that they had record months in July.  I wondered if it was just my area or even just certain particular geographic areas that were seeing this.  Then, I was online reading fastener news and happened to look at some headlines from Global Fastener News.

“Lindstrom Opens Texas Warehouse to Expand in Southwest” – not related to sales specifically, but expansion

There seems to be a lot of positive fastener sales sentiment out there.  While speaking with Eric Dudas of Fasteners Clearing House he mentioned that July was a record breaker there too.  Eric reported that they had a record number of “drill downs” which he described as when people who are looking for items actually find and purchase them.  Eric can clarify this if he needs to but I take it that a “drill down” is essentially when a fastener search and find is successful.  Go do your own search  at www.fastenersclearinghouse.com.

This time of year is usually still vacation time.  Historically, it is not that surprising to hear that companies are slow in July and then again around the holidays in December.  Not this year.  Hope this suggests that the remainder of 2014 is going to be strong.  And we are now entering into the back-to-school, all done with vacation time of year.  And it our industry, that quickly leads us into trade show season.  That is always a good time for hearing feedback from others in the industry from coast to coast.  In the meantime, let me know how things are going in your neck of the woods.

Usually, when I get my Nightingale-Conant Motivational Quote of the Day I delete them before I read them.  Just clicked on it today and got:

I’m good with that.

Before one thinks I am going to write anything negative about the Vegas show, I’m not.  Jim and Mike have created a great show, I attend every year, and I have made more money through that show than they have ever charged me to attend.  Whether it was a meeting with a supplier, a customer or a new acquaintance, the Vegas Fastener show has been invaluable to me.  And last year’s show was among the best!

But, I do have some food for thought on the days around the show.  I got, and filled out my registration form for the show this week.  And, as I read through, I spent some time looking over the “Meeting and Seminar Information” section.  There certainly are some interesting programs that are being offered by a number of organizations.  However, the timing of some of the programs conflict with other programs.   Then, I also realized that companies have sales meetings and hospitality suites and all other kind of distractions that could cause one to miss some of these programs.  My first thought wass, can you really even get people to settle down long enough in Vegas to have a day long schedule of classes and programs?  Are they too distracted by everything else going on that is not fastener industry related?

STAFDA has a trade show each year and they just had it in Vegas last year.  Many fastener people attend, but I did not.  Too much Vegas in one year.  But I am going to attend STAFDA in Charlotte in November.  STAFDA will have “BIG” speakers and museum tours and all kinds of NASCAR related stuff this year.  I’m not an anti-NASCAR guy, but I’m not a NASCAR guy either.  I was raised watching baseball, football and basketball.  I’m still going to check out the NASCAR stuff, but I’d be a lot more excited to be going to New York, hearing Phil Jackson talk and then go to Madison Square Garden for a Knicks game.  That event would be more to my liking.  Could, or should the Vegas fastener show ever try to have a day long schedule of events that would keep people from going to the Vegas strip all day?

Let’s start with this.  What if I had a famous relative who would come speak to our industry for free.  Maybe Phil Jackson or Warren Buffett, Mark Zuckerberg or Bill Gates or someone else that might appeal to a wide range of people.  Could we have something like:

Finish by 4:00 so everyone could make it to the opening ceremonies and the bash

Is that a program that would be worth considering?  Right now, the day before the show feels kind of splintered.  Some come in for programs, others set up that day and then others take advantage of the fact that their whole staff is coming to town and they hold meetings.  So, fastener people are running in every direction.  I just think there might be an interesting way to have a fastener summit – a day where a lot of fastener people get together to discuss a lot of industry related (or at least of interest to a lot of our industry members) topics for a day, before we all walk the trade show the following day.

The Vegas show has a great history and has continued to expand and bring different, related industries to join in the show.  Like anything, there is always room for growth and new ideas.  That’s why I ask, could it still be bigger and better?  Or better yet, how could it be?