The Vegas show was again very active this year.  Some exhibitors told me that their booths were extremely busy, possibly the best show they ever had.  A few said they thought the show was not as busy.  I guess it depends on your booth and possibly if you have anything new going on to present.  You do have to do something to draw attendees to the booth or you will mostly just get your current customer base stopping by to say hello.  There are all kinds of strategies.

It is still difficult to get everyone gathered together after the show on Thursday or really any time.  The Bourbon Room was busy but I did notice there were some companies missing that usually would show up.  I think some of the dinners and hospitality suites make it nearly impossible to get a really large, inclusive gathering.  Still, I’m sure that all the individual gatherings are good and productive and, in the end, we all do not have to be in the same place at the same time.  I still like the opening Bash, and this year it was at the Treasure Island.  That is a really good gathering and I always wish it lasted longer than an hour.

Last year, the Brighton Best purchase of Porteous was the big buzz at the show.  This year, I’d have to say the Lindstrom purchase of Titan was a common topic of discussion.  For a company that has historically sold mostly just metric fasteners, this is a game changer.  I know a lot of Lindstrom people but never really got a chance to talk to them and ask questions.  If I did, I’d have wanted to ask:

– so, are you into inch fasteners now?

– you selling bulk inch fasteners next?

– why a packaged house?  Do you think there is good growth potential in packaged?

– are you making a bigger play in the socket market with this acquisition?

Let’s face it, I try to keep this site pretty non-controversial, and those certainly are not controversial questions.  But, the marketplace is without a doubt asking those questions.  It will be interesting to see what plays out as time goes on.  And, it was even more interesting as BBI had purchased a California-based packaged fastener house earlier in the year.

I got a couple of notes already from people who attended the show.  I will share some of them over the next couple days.  In the meantime, please let me know how you found the Vegas show.

As I talk to more and more people, it occurs to me the Vegas Show starts on Tuesday.  After a quick poll of people via Twitter, I think a lot of people will already be there by Tuesday.  I think there is a networking opportunity for Tuesday night.  Wednesday is filled with meetings, conferences, booth set up, the Hall of Fame induction, the Young Fastener Professionals reception, the opening bash and then a lot of supplier/customer dinners.  I think Tuesday might end up being a natural gathering night.  Not as big as the Bourbon Room Bash (which really is a place to get a little crazy after working all day in the booths) but possibly a time for a more casual networking opportunity.  Less music, more chilling before Wednesday when all hell breaks loose.

The Bourbon Room is such a natural meeting place for the Thursday evening gathering.  It’s close to the show and is a party atmosphere.  Maybe that can be my goal for next year – set up a gathering place for Tuesday night.  Heck, maybe this year!!

Anybody got any good suggestions for a gathering place somewhere around Treasure Island or the Venetian or any place within a hotel or two?  Networking is one of the most important things we do in Vegas.  Are there any casual bars in the region that would be good where people could gather?  If you have any ideas, let’s hear them.  Going to start Tweeting about this and we’ll see what we come up with.

(from an old post but the strategy is still sound)

Are you getting ready for the Las Vegas Fastener Show? Do you have strategy? No, I’m not talking about which bar you are going to end up at by the end of the night (although, that too is a strategy – and it should be the Bourbon Room). I’m talking about what networking you are going to do. Do you have meetings already set up? Are you going with a stack of prints? Or are you on a search for a new supplier of some type of fastener product? If you aren’t thinking ahead, you lose. There is not a better place or a better vehicle to make business contacts than at the Vegas show. You’ve got to do a little thinking before you get there.
My strategy?  I find a nice, comfortable seat right on the hallway that leads to the show entrance. I get to the show about an hour before it opens, sit down with a coffee and wait for the steady stream of suppliers and distributors to enter the show. I get there about 8:00 and stay till about 9:10 and then I enter the show and work through it. In that time period I have the opportunity to run into at least 100 people that I do business with, work with or want to do business with. Heck, I could work that one hour and the whole show would be worth it. I have made more contacts in that half hour before the show starts than a lot of people make throughout the whole show.

Ask Stacy: The Millennials Are Ruining This Country. What Can We Do?

By Stacy Johnson October 2, 2014 8:18 PM
We’ve got a lot to worry about. Terrorism. A gridlocked government. Global warming. Ebola.

Oh, and then there’s young people.

Here’s this week’s reader question, which is really more of a request:

I think someone needs to explore the subject of the workforce crisis posed by the millennial generation. These kids are so unmotivated, undisciplined, illiterate and distracted, it poses a danger to the financial security of this country and workforce security as more of these kids move into adult jobs. Some parents have trained these kids to mistreat their elders and bad-mouth their co-workers/customers. It is almost like working with an alcoholic, they are so distracted from their work due to their problems. These kids, even nearing their 30s, are still supported by parents and absolutely act like they have nothing to lose as their parents are enablers, supporting their every firing, unplanned pregnancy, overspending emergency and drunken driving arrest without question. — C

Now, here’s my opinion about the millennial “crisis”.

Who are the millennials, and why are they so bad?

First, let’s define who we’re talking about. While there’s no precise definition, millennials are widely considered to be those now ranging in age from 18 to 33.

C begins his comment by saying, “I think someone needs to explore the subject of the workforce crisis posed by the millennial generation.” Well, C, here’s some good news. It’s been done. A lot. As one example, here’s a snippet from a 2007 article from CBS News.

They were raised by doting parents who told them they are special, played in little leagues with no winners or losers, or all winners. They are laden with trophies just for participating and they think your business-as-usual ethic is for the birds.

Here’s another, from a 2012 article in The Washington Post:

These are the kids, after all, who text their dads from meetings. They think “business casual” includes skinny jeans. And they expect the company president to listen to their “brilliant idea.” When will they adapt?

While comments like these make great fodder for TV and cocktail conversation, start by considering the source: old people.

I suspect those doing most of the complaining are from my generation, the baby boomers. If so, it’s particularly amusing, considering that when we were young, many of us were growing our hair, smoking dope, starting communes, rioting, streaking, engaging in sport sex, and marching on Washington for reasons ranging from war to women’s rights.

If memory serves, my parent’s generation didn’t think any of this was a great idea. They were as convinced as C seems now that we were all the same and as a group would amount to nothing, except perhaps a drain on society.

And this is the way I suspect it’s always been.

The point is, before we start complaining, let’s remember that older generations have always freaked out about the next few. And yet, here we are.

They really are different

People differ. Differences often translate into mistrust, which all too often morphs into disapproval. This is human nature and has always been true, whether it’s woman vs. man, black vs. white, Muslim vs. Christian or boomer vs. millennial.

And millennials are different. A few months ago, Pew Research published an article comparing the attitudes of today’s young adults with those of boomers. Some interesting findings:

Fret as much as you like, fellow older folks, but I’ll reserve my worry for more pressing matters. In the end, all generations will find a way.

After all, other than starvation, isn’t that our only option?

Thanks to my friends at Buckeye Fasteners for including this site as the place to find the answer to their football pool trivia question.

And the answer: Old Rusty Bolt (of course). 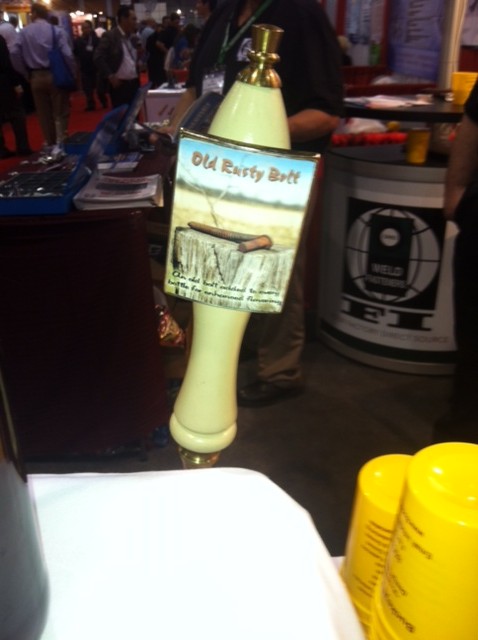 Note to self:  Make friends with young, smart people.

I recently saved an article from the USA Today that I got in a hotel lobby.  The headline was, “Amazon to acquire Twitch for nearly $1B”.  A billion dollars for Twitch!  Quickly I asked myself, what the hell is Twitch and why would Amazon squander a billion dollars on this?  Twitch is “a video service aimed at gamers that allows them to broadcast their virtual exploits to other online”.    So, as I read the article, I started to get it.  I know my kids (mostly boys) would play Xbox and PlayStation games for hours with their friends and I could even hear their friends voices over the speakers when they were miles away at my own home.  The article also stated, “Twitch hosts more than I million broadcasters.  In July, 55 million unique visitors watched more than 15 billion minutes of content”.  Wow.  I was pretty impressed when I got to 200 subscribers on my old Fastenerblog website.  Now I’m starting over again and not near that number.

I don’t think it is just this product in particular that I am unaware of.  I think there are hundreds of companies worth millions, if not billions of dollars that I have never heard of or even understand what they do.  I could be wrong about Twitch.  It could have been started by some grandpa with a lot of time on his hands, but I somehow doubt it.  The point is, I had never heard of Twitch and I suspect there are loads of technologies of which I am ignorant.  Gaming technology does not bother me that much.  I’ve played Xbox a handful of times with my kids till they humiliated me with my slow reflexes.  But, I know there are a lot of business related technological developments that probably would be useful to me that I am unaware of.  Things that would make my life easier and more efficient.  And who has the time to keep up on all this?

So, I think I’ll just go find myself a young person that will sort through all this information and tell me what I need to know.  I would ask my children but they have absolutely zero patience showing me anything on a computer.  NONE.   “Dad, just move over”!