Fully Threaded Radio hosts, Brian and Eric were joined by John “Cool Hand” Butler and Matt Delawder in a round table discussion of this year’s National Industrial Fastener and Mill Supply Expo, aka, the Vegas Show.  All four spent time in booths as exhibitors and each also had some time to walk the show.  I think they brought up some very insightful things about the show and it really is worth taking a listen.

One common theme that came from their discussions was that maybe the show should be a little longer than 1-1/2 days.  They mentioned the size of the show makes it almost impossible to walk through the entire thing in just 1-1/2 days.  Also, the second day is often filled with exhibitors who worked the booth the first day finally getting to walk the show after being stuck in the booth on day one.  And a lot of exhibitors have their own customers and suppliers scattered throughout the other booths.

The Hall of Fame and Young Fastener Professional ceremony was excellent and well attended.  And I liked that it was done on the show floor during the show.  But, that also took some people off the show floor for the hour or so that the Hall of Fame induction took place.  On the other hand, maybe holding the ceremony during the afternoon kept some amount of people hanging around the show longer than they might have otherwise.

I think John and Matt did a great job and made quite a few interesting observations about the show.  That being said, what did some of the rest of you think about this year’s show??   And do you think the show should be longer??

If you were unable to attend this year’s Vegas Fastener Show then you missed what Emerald Expositions did to honor the individuals who have been inducted into the Fastener Hall of Fame.  There was a large, sturdy wall constructed with the names of all the inductees that was right on the show floor. In fact, the wall was kind of a backdrop to the stage where this year’s inductee, Bruce Wheeler, was welcomed into this fastener fraternity.  Here are a couple pictures to give you an idea of how cool it looked! 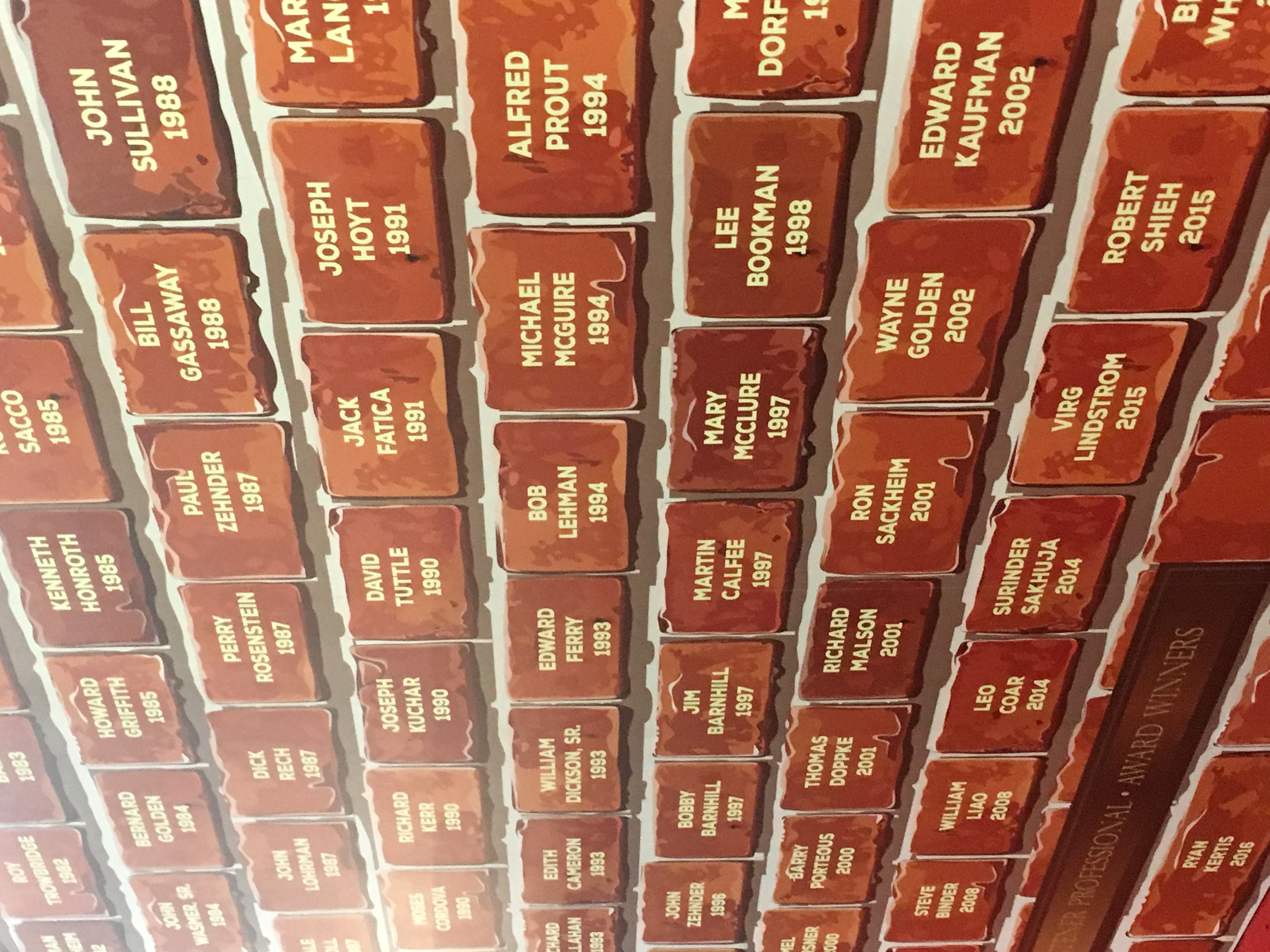 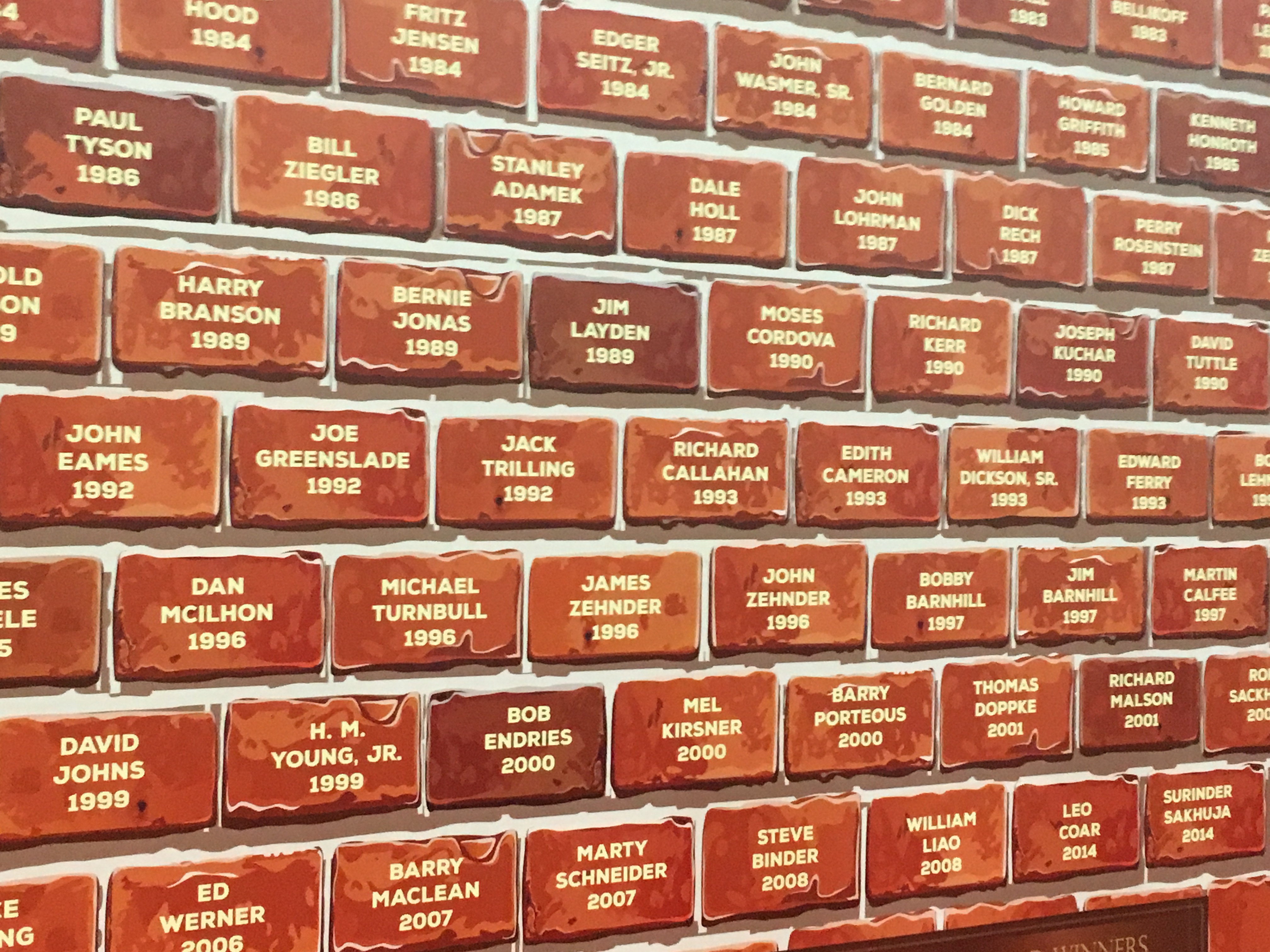 Go vote, it is your civic duty.  Then tomorrow we can sort out whatever we are looking at.  There is a special that was on PBS about the making of the play, “Hamilton”.  It’s really good and gives you a better appreciation of our presidential transition of power.  Old George Washington set the table with the first peaceful transition of power.  It is one of the things that defines us.  And the music is good.