For those of you who are not familiar with the Old Rusty Bolt story,  I live near an establishment where I can brew my own beer.     In order to take the beer off the premises, it is legally necessary to have a label on the beer so I designed a label and called it “Old Rusty Bolt”.  The first time I did it was years ago and I produced more than I could consume before it would get too old.  I ended up giving a good amount of the first batch away to customers, suppliers and friends from the fastener industry.  A lot of people seemed to really enjoy it (Allan & Greg from Jay-Cee Sales, to name a few) so I made more and gave much of it away too.  I gave some to Eric Dudas of Fasteners Clearing House (www.fastenersclearinghouse.com)  and Fully Threaded Radio (www.fullythreaded.com) and soon after that he told me that he wanted to make absolutely sure I listened to the next Fully Threaded episode.  He said there was a surprise for me on the podcast.  Eric wrote and performed the first and only Old Rusty Bolt jingle.  You can listen to the jingle on the link below if you have not already heard it on Fully Threaded Radio.

From there, the story of Old Rusty Bolt has grown.  I shared some ORB with Larry Kelly of Buckeye Fasteners (www.buckeyefasteners.com) and soon found out that Larry was a true beer aficionado – a real lover of beer.  Not only did Larry tell me enjoyed the beer but he said he wanted to serve Old Rusty Bolt at the Buckeye Fastener booth at the Vegas Fastener Show.  For the last several years, Buckeye Fasteners has served Old Rusty Bolt beer at their booth and they have even developed two ORB commercials that are played on episodes of Fully Threaded Radio  (see links below to listen to their commercials broadcast on Fully Threaded Radio).  I cannot thank Eric and Larry enough for their support and enthusiasm about beer.

Stop by the Buckeye Fasteners booth at the Vegas Fastener Show and join Larry and the gang for a cold, frosty Old Rusty Bolt.  Their booth number is 840 and the beer should start flowing right around noon on Wednesday, October 26, the first day of the show.  And one last thing…when you have your glass full of  Old Rusty Bolt please take a selfie or have someone snap your picture and post it on Twitter using this hashtag:  #oldrustybolt

After the show, we will add your picture to the fastenerblog media page (see tab above). 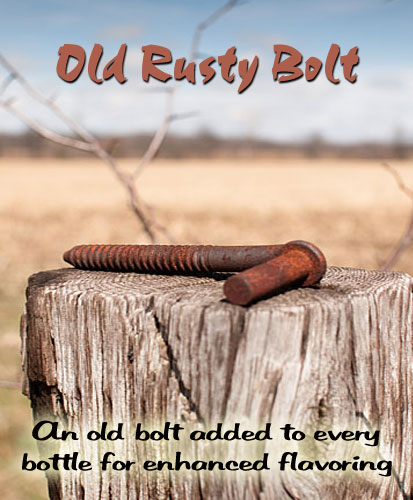 This site uses Akismet to reduce spam. Learn how your comment data is processed.

TS
I always look for ways of supporting good fastener people and I consider you a friend and a good fastener guy. I will keep calm and tilt one back to salute all the great people in our industry. Prost!

And I thought it was about RB&W!!

I’m a Jack Daniels guy since age nineteen. In my old age, I’ve started taking it neat. I’ll also take two fingers of an Islay single malt on occasion. Maybe the odd martini or Manhattan (you always capitalize the name of the center of the known universe) when dining fancy, but I don’t do beer as a rule. That said, I look forward to someday trying a frosty mug of that brew. That says more about what I think of you than what I think of alcohol, and I like alcohol. Cheers.

I appreciate the kind words.